Luki B. Subekti August 21, 2017
Besides clascisal music, I also like heavy metal music. X Japan is one of the most famous heavy metal band from Japan. I like most of its music. Its tone is strong and brings me certain feeling.


One of their songs which makes me fell in love with X Japan was Kurenai.


X Japan was formed in 1982. At the beginning, I don't really care about its member. Recently, when I watched 2000s concert videos, I just realized that one of its member, the guitarist, who used to appear with his blooming red hair was missing. Now I know that the guitarist, Hide, 33 years old guy, was dead in 1998 because of suicide, based on police evidence.


X Japan had been disbanded in 1997 and Hide had started a solo carreer since then. While he still had certain project with another music group in 1998, he was found dead in his house. His dead was followed by copycat suicide of three of his fans.

In 2007, X Japan was reinvented and launched a new album. In 2008 concert, there was something touching. Hide was recalled by showing his image on screen and as a holographic projection on the stage. Based on words of netizen, X Japan had used Hide guitar recorded sound for three years at live concert until Hide's brother unnecessarily sued it. X Japan member always love Hide. This is a video of 2008 concert with holographic projection of Hide.


When they was performing Kurenai, the vocalist still shouted Hide name when it was supposed to be Hide turn for solo guitar lead.


It's still the same with 1993 concert performing Art of Life when Hide and Taiji, former basist who died in 2011, were still alive. 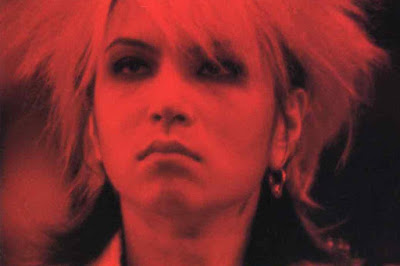