Luki B. Subekti April 16, 2014
I have a project with my friends and need to lunch an app through server with public IP. Because of short of money, we prefer to choose cloud service rather than dedicated server, beside the app still doesn't need much computing power. I searched on Google and found some articles about cloud services which is nice to be tried.
DigitalOcean offers lower price than AWS for the same specs. AWS may give you price which three times higher than DigitalOcean does for the same specs. We can see benchmark scores which is published by Serverbear for DigitalOcean and AWS. Benchmark scores for smallest plan on DigitalOcean (1 CPU, 512MB, $5/month)  at January 2013 until January 2014 can be seen here, http://serverbear.com/1988-512mb-ssd--1-cpu-digitalocean. Benchmark score for AWS Micro Plan (1 CPU, 613MB, $14.4/month) at Juny 2012 until Juny 2013 can be seen here, http://serverbear.com/1988-512mb-ssd--1-cpu-digitalocean. These are some screenshots from the sites. 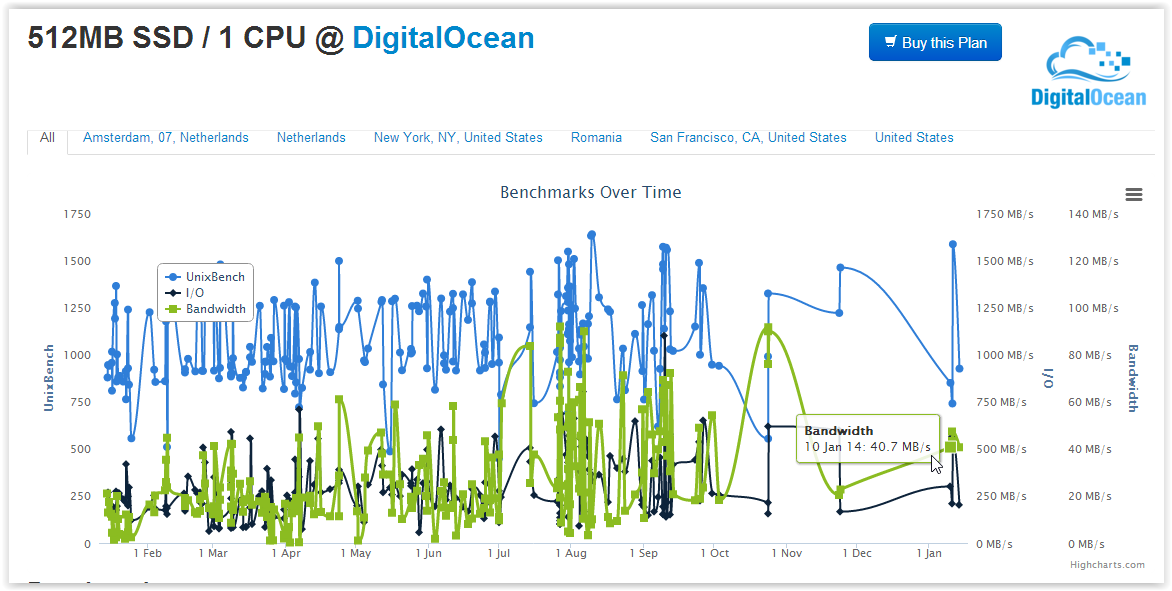